The first Cronalaght windfarm was the brainchild of the late local man John Gillespie from Crolly. John had spent the early part of his career working in the ESB, so he was very familiar with electricity generation. In 1992, Bord na Mona had opened the first windfarm in Ireland at Bellacorrick in Co. Mayo based on a once off EU grant and as part of a special arrangement with the Government and the ESB. Apart from a few small hydro stations, the ESB had a monopoly on electricity production in Ireland. Undeterred, John identified the Cronalaght site above Gweedore as suitable for wind energy and set about learning about wind energy and what was required to build a windfarm.

Gineadoir Gaoithe Teoranta was set up and planning permission was applied for. It was one of the very first planning applications for wind turbines in Ireland, and was a bit of a hit and miss between planners and the developers. There were no guidelines and no sophisticated computer tools available to assess the impact. Banks had no knowledge of wind energy and they had never before been confronted by a wind project proposal. Gineadoir Gaoithe Teo was the first windfarm in Ireland to obtain project finance in Ireland and had to go to the long defunct ICC Bank in Cork. Planning and finance was obtained and in 1994 the Government brought in the first support program for wind energy, known as AER1 (Alternative Energy Requirement). Under this program, wind farms had to enter a competition – whoever looked for the smallest amount of support, won a long term guaranteed price for the electricity they generated. The index linked price paid was 4 old pence per Kwh (unit). In May 1997, the first 5 turbines started turning. These were followed by a further 3 turbines in 2000.

Cronalaght 1 consist of 8 Vestas turbines; 5 x V 39-600kW and 3 x V47-660kW ; in total 4.98MW. The windfarm produces an average 18,048 MWh a year, representing a capacity factor of 42 %, which is among one of the best in Ireland. All service and maintenance is carried out by a local company, Barr na Gaoithe Teoranta, who also service and maintain other windfarms in Donegal.

The first 5 turbines were paid the guaranteed price under the AER1 scheme until 2010; since then it has relied on the open market wholesale electricity prices. The next 3 turbines, which were built in 2000, did not receive any any support, and have always relied on the open market electricity price rate. Gineadoir Gaoithe Teo has over the last 21 years paid almost 1 mill. Euros in rates to Donegal County Council. The council rates bill for 2018 is EUR47,713.

Photos of the construction and official opening of Gweedore Wind Farm: 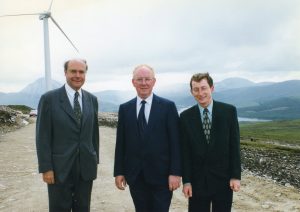 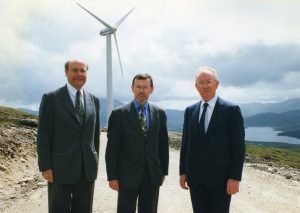 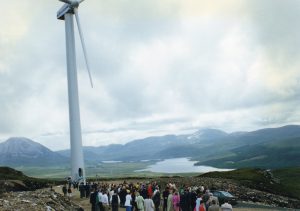 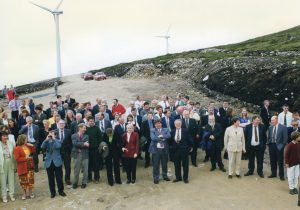 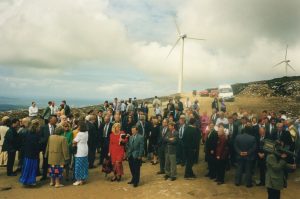 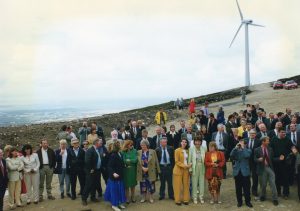 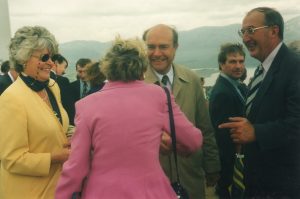 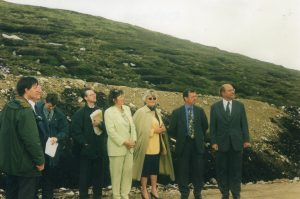 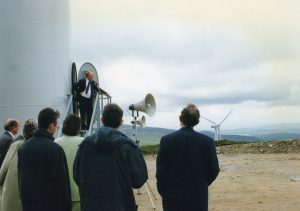 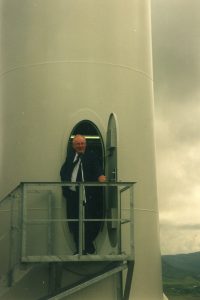 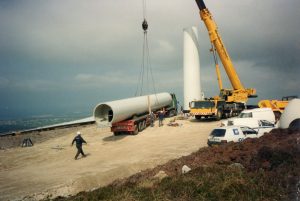 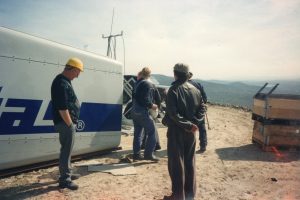 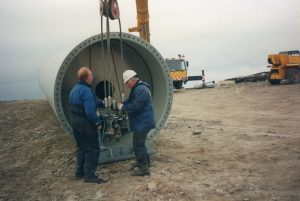 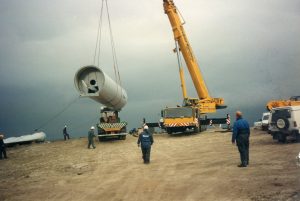 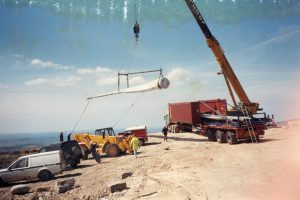